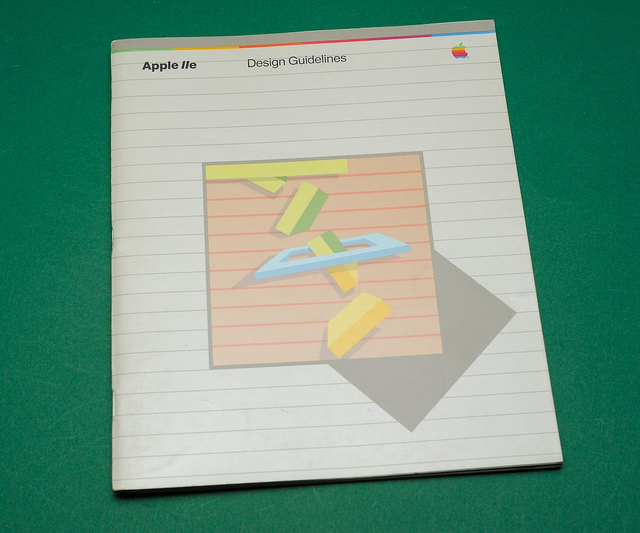 The art of framing questions

Apple is often seen as the gold standard in usability, and taken as an example in numerous business or design courses. I’ve recently stumbled upon a document edited in the early years of Apple. Called the Apple II Design Guidelines, it is one of the first sets of guidelines for designing interfaces published by Apple.

While working on the design of a demonstration program for customers, they experienced the hard way that framing the question is as important as the question itself.

It was the simplest question of all that caused all the problems. Their intended goal was to ask users whether their monitor was monochrome or color. One of the early attempts consisted in large-letter words in their own vivid colors: GREEN BLUE ORANGE MAGENTA with the following prompt: “Are the words above in color?”.

These questions kept failing for some users. By the end, the team came up with a question that worked for all users:
- Do the words above appear in several different colors?

It is not so much different from the other questions, but for the end-user understanding, it made a big difference! In a nutshell, don’t rush on framing the question, even the most simple.